It seems more The Elder Scrolls Online content is just around the corner, as developer ZeniMax Online Studios reveals that the new Clockwork City DLC for the MMO will be released on PC in a little under two weeks. Beginning October 23, PC players will have access to a brand new area of the game that console players will have to wait until November 7 to see for themselves.

In the Clockwork City DLC, players can explore the mechanical area with their existing characters, taking part in over ten hours of fresh story content and finding a range of new loot in-game. Never seen before armor sets, customization items, and craftable materials will be available to discover which should leave The Elder Scrolls Online players with more than enough content to keep them busy for a while. 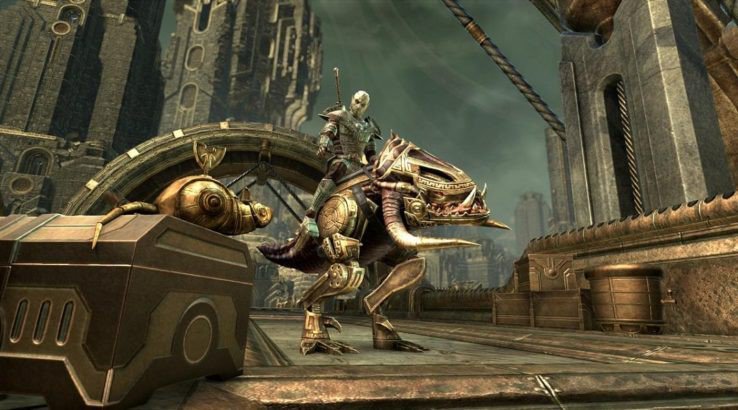 What’s more, the upcoming add-on content will be free of charge to all The Elder Scrolls Online Plus members, a subscription service for the otherwise free-to-play title which unlocks numerous rewards for those willing to pay for the experience. For those players who make do without spending real money on the game, the DLC will be available to purchase in-game for 2000 crowns.

Also available to buy is the Clockwork City Collector’s Bundle which comes with the newest expansion as well as an additional Clockwork Skeevaton  pet, Kagouti Fabricant mount, and Five Crown Experience Scrolls. Just a matter of months ago, the highly-anticipated Morrowind expansion for The Elder Scrolls Online became active, so ZeniMax and Bethesda are doing a good job of making sure that the MMO’s fanbase isn’t getting bored with the experience. Get cheap eso gold on Virsale.com and you will enjoy a new fresh gameing experience.

To get started with the Clockwork City prologue quest, which is currently available in-game, players must travel to any local Mages Guild headquarters in Tamriel and find a note on a nearby table entitled “Order of the Eye Dispatch”. From here, the “Of Knives and Long Shadows” quest will begin and the new add-on adventure will start.

Earlier this year, game director Matt Firor announced that the online Elder Scrolls experience has sold more than 8.5 million copies across the board, splitting this number between its PC, PS4, and Xbox One fanbase. Although the title launched to relatively negative reviews, the development team has done an excellent job of listening to fans and releasing free updates to the game, which have gone a way towards negating much of the criticism that The Elder Scrolls Online faced.