It's not long before FIFA 18 is with us

While details are scarce there are still plenty of clues about how EA Sports’ next football game will shape up.

We answer some of the big questions fans want addressed about FIFA 18.

What platforms is it on?

If this isn’t the first FIFA game to not feature on Xbox 360 and Ps3 then it won’t be far off.

Speaking at the Stifel 2013 Technology Conference, EA CFO Blake Jorgensen said the publisher will continue to release titles for last-generation consoles until 2017 (via Videogamer).

While he stressed this would be the ‘earliest’ the company would drop support for the Xbox 360 and Ps3, the signs are certainly moving towards FIFA 18 being a current-gen / PC exclusive.

There are still thousands of gamers who play on last-gen technology – especially given that a new console costs upwards of £200.

It’s not the first time last-gen gamers have had a parred down version of a blockbuster game.

FIFA 17 was massively parred down for Xbox 360 and Ps3 – as the hardware wasn’t able to use the newer Frostbite technology (It was powered by Ignite – the FIFA 16 engine on last gen).

We know it’s going to be on the Switch – but how it’ll make the best of the system’s cloud-based computing is a mystery.

FIFA 17 looked the part, but the Frostbite Engine is capable of so much more

So, will it look better?

In short, yes – but don’t expect a huge improvement. It’ll be powered by the same engine.

Speaking to Dream Team Gaming last year,  Frostbite Studio Director Jonas Skantz revealed: “I can assure you that Frostbite continues to be a true differentiator.”

“With more and more games powered by Frostbite – whether it is FIFA, Battlefield, Mass Effect or others – our development teams can spend more time building new groundbreaking gameplay innovations.”

FIFA 17 was the first game in the series to be powered by Frostbite – which replaced Ignite used the previous year. 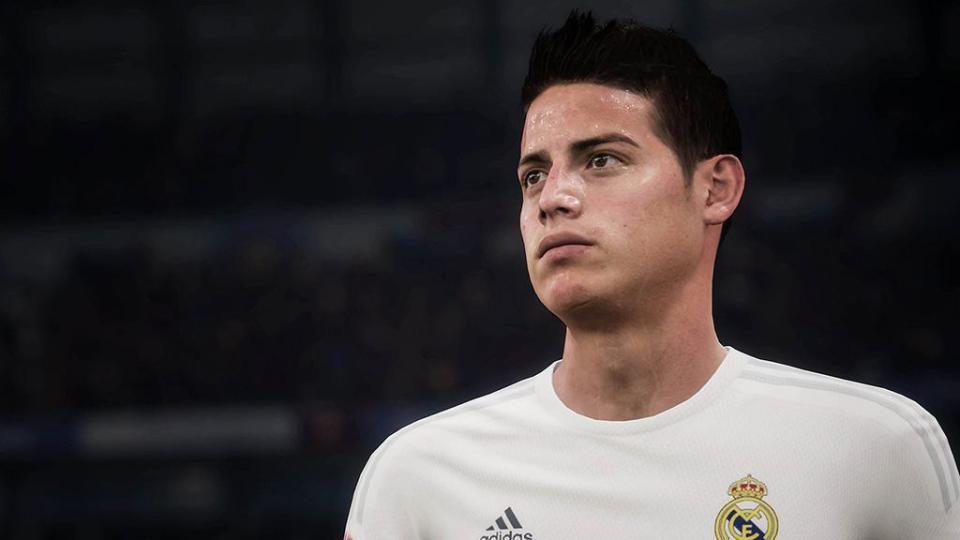 Expect player movement and animation to look sharper – not to mention greater detail and likeness.

Other peripheral graphical tweaks, such as improved crowd detail, will also be present.

PS4 Pro owners and PC gamers will once again receive the best-looking versions of the game.

The former will once again capitalise on ‘Pro Mode’ – allowing for increased detail and more stable framerate at above 1080p resolution.

Pro Mode offered tangible improvements in FIFA 17, but this year, EA will have more time to push this even further and make greater use of Pro’s substantial GPU grunt.

FIFA 17 has come under fire for some aspects of its gameplay – but as FIFA 18 will be powered by the same engine, we doubt much will change here.

Input delay – the time it takes for a button press to translate into an on-screen action – has led to some negative feedback in FIFA 17.

There have also been claims of ‘EAaids’ or ‘scripting’, which refers to the game dynamically adjusting online matches to favour weaker players.

Whilst the former issue is a result of the game’s severs compensating for ‘Ping’ or connection strength variance between online players, we’d expect to see action taken over ‘EAAids’.

Whether this will be the re-introduction of a “momentum” bar, as in FIFA 06, or just a tweak of the alleged in-game code remains to be seen.

Either way, fans want something done about it.

When will it come out, and will there be a demo?

We’re almost certain that FIFA 18 will launch in late September – most likely on the 26 September.

For those wanting early access, the demo usually lands a week or two before the game launches – but expect EA Access members to get first dibs.

Will Cristiano Ronaldo still be the best player?

It’s been an incredible year for the Portuguese, so he’ll definitely remain the game’s best player in FIFA 18.

Some believe he may have a stats downgrade, though – especially with regards to his pace and dribbling (which we’ve mocked up below).

Lionel Messi, who has been in blistering form of late, will keep second spot.

Who will be the cover star?

There are rumours that Paul Pogba is going to grace the cover of FIFA 18 – but EA is yet to confirm anything.

PES 2017 developers Konami own Messi’s rights (as well as all the rights to his Barcelona team mates and the Nou Camp), so that rules him out.

As a result, we bet Cristiano Ronaldo will be the cover star – especially as the 32-year-old reaches the twilight years of his career.

Other names in contention are Antoine Griezmann, Paulo Dybala and Dele Alli.

According to EA CEO Andrew Wilson, The Journey Season Two will feature new characters and story-lines and will ‘build on the foundation created with story mode this year’.

One of the issues with The Journey was that player choice did not affect the story as much as many would like.

This feature would be a welcome, and easy to implement, addition.

Will free kicks and penalties stay the same?

Penalties won’t change much, but free kicks could see an overhaul.

The new “momentum” system that governs the set-pieces is incredibly hard to master and has been panned by FIFA players.

As a result, we’d expect this to revert back to the more “traditional” shot power and curl mechanic.

The system works wonders for penalties, though – allowing for much more control over shot placement and power.

Goalkeeper AI during spot kicks is often found wanting, so expect EA to address this.

Will this FIFA make use of VR?

Sony has invested millions into PSVR but needs more mainstream games to show it off.

FIFA could be the perfect platform to propel the hardware firmly into the mainstream – especially as the company look to further capitalise on the beefed up PS4 Pro.

But for those hoping that VR will replace the controller, that’s still some way off.

EA’s Sebastian Enrique told Trusted Reviews “haven’t found something that beats the experience when you have a controller in your hands”.

Where VR could be implemented, though, is through a camera angle – perhaps exclusive to PS4 / PC versions.

This would essentially place the player amongst fans in the stands – putting them next to a few well-rendered fans, and giving them ability to look around their seat.

They would play the game as per usual, only players would be further away – with the entire pitch visible.

Whilst VR won’t be anything super special (forget about first-person Alex Hunter for the time being), we think specific gameplay camera options will cater to the technology.

A “crowd” camera, that allows you to play a game as if you were watching from the stands, is – in theory – incredibly simple to pull off.

While a “first-person ref cam” could add some much needed immersion.

Non VR-ready games can be enjoyed on PSVR – with the device acting a micro-cinema screen on your face.

It’s time FIFA made the most of it.

What will be the best new feature?

Need For Speed (2015) and Battlefield 1 - are both powered by the same engine and make use of unpredictable in-game weather systems.

Speaking to Metro last year, EA DICE’s Patrick Bach explained why weather is so much more than just a ‘pretty effect’.

“We often talk about these different dimensions in Battlefield, where you have the rock, paper, scissors and then you marry that with the destruction and you create unpredictability from different angles. And with the layer of weather we actually change the way you play in a very drastic way,” he said.

“So, if you have the tactics of being a sniper and it starts to rain then you probably have to change tactics. And the same with fighter planes, once the fog rolls in it’s like, ‘Okay, this is not as effective anymore, so I probably need to go back on the ground’.

“It’s not only a pretty effect, it actually changes the way you play the game.”

Dynamic weather would add a whole new layer of tactics to gameplay in FIFA.

For example, weather taking a turn for the worse could negatively affect player ground speed, passing accuracy and injury probability.

Players could fall over more easily, goalkeepers could be more likely to fumble fast shots… the list is endless, and would all help add an extra level of realism to the game.

How about the soundtrack?

Established artists such as Blur, Kasabian and Radiohead have all featured in the past, but recently there’s been more music from emerging talent making its way on to the game.

Whilst it’s too early to make any predictions, expect this trend to continue in FIFA 18.

How much will it cost?

FIFA 18 will cost around £49.99 – but given the demand, some outlets may undercut this.

We expect the cheapest the game will go for at launch to be around £45.

When can I pre-order it?

Pre-orders should kick off around June 6, if last year’s campaign is anything to go by.

NOW SEE WHO COULD BE FIFA 18’S BEST PLAYERS.

Thank you for reading and good luck in your next adventure and you can buy FIFA 18 coins on our site that will help you get a more pleasant game journey!