When is Fifa 18 coming out? Where to buy and what leagues are being added?

Football games don't come much bigger than FIFA, and last year's entry in the series definitely hit the back of the net. But with the season well and truly over, many gamers will be getting ready for the next installment in EA Sports massively successful franchise. We already know that FIFA's big rival. PES, is launching on September 14, 2017. So, what about FIFA 18? As usual, EA Sports is rather tight-lipped on the subject. At least until the E3 gaming shows in LA in June. 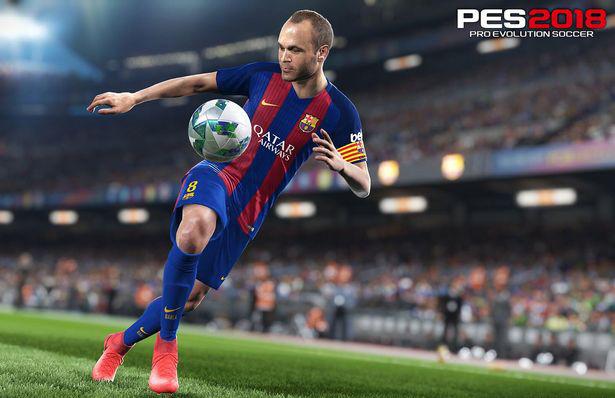 But a few rumours have managed to lace up their boots and hit their stride. Here's what we know about FIFA 18 so far.

With Pro Evolution Soccer launching on September 14 and last year's FIFA 17 debuting on September 29 - it's a fair bet we'll be seeing FIFA 18 in about three month's time. We don't know exactly when - but with the football season kicking off on August 12, the development team should have had enough time to iron out any kinks.

We can expect the customary £45 price tag for the latest FIFA game if you're planning to buy it on PS4 or Xbox One. What's unclear at the moment is whether a cheaper version will be made public for Xbox 360 and PS3. There may be also possible discounts for those that elect to pre-order the game. And, as usual, you can expect bundled deals along with consoles.

Where can you buy it?

If a place sells video games, chances are it'll be selling FIFA. The footy franchise is one of the biggest in gaming and retailers will be looking to cash in on the success.

We'll update this with some good FIFA 18 deals as and when we see them.

Electronic Arts hasn't been forthcoming with information about this year's cover star. But according to some footage, it could be Manchester United star Paul Pogba. The game's current cover star is Borussia Dortmund attacker Marco Reus. Reus was voted in via an online poll, pipping the likes of Anthony Martial, James Rodriguez and Eden Hazard.

Unfortunately for fans excited over the prospect of Paul Pogba being FIFA's next cover star, the 'leaked' footage is actually a concept designed by Twitter user @JamescDZN. James has also added in new features such as the Journey 2, FIFA Street and co-op Ultimate Team in what he thinks would make great additions to the next game.

What leagues will be added?

Last year's title brought in women's teams as well as expanding the line-up of available teams and players. This year EA has bagged the Chinese Super League and added it to the game. So if you've been itching to play as Carlos Tevez, you can now get hold of the indomitable Shanghai Shenhua and pit them against the cream of European top-flight.

Will 'The Journey' return?

FIFA 17 introduced Alex Hunter and his quest for footballing superstardom in a brand new narrative mode called "The Journey".

It was one of the most-praised aspects of the new game and EA Sports is almost certain to have upgraded it for the new season. Whether or not the game sticks with Alex Hunter or places you in the boots of a different player remains to be seen. However, it's likely that improvements will have been made to storylines and decision-making as EA expands the mode even further.

When will we know more?

EA will be hosting a big press conference at the E3 trade show in Los Angeles in June. We'll almost certainly learn much more about FIFA 18 there - along with other EA titles like Star Wars Battlefront.

We'll update this article as we find out more so keep checking back for the latest news on FIFA 18. Thank you for reading and good luck in your next adventure and you can buy FIFA 18 coins on our site that will help you get a more pleasant game journey and feel free to share YOUR thoughts  with us on the official forums or on Twitter @VirSale.