My.com have introduced the first Scour Dungeon to Revelation Online in the form of The Sunken Galleon, offering a nautical way for adventurers to test themselves in a rewarding PvE arena styled dungeon.

The latest topic covered on the official website of Revelation Online is the Sunken Galleon scour dungeon, one of the first you’ll get to visit. This is a place of “danger. Mystery and seaweed” but also of great rewards awaiting the intrepid adventurers. This huge pirate ship is said to have been decimated by a Kraken and its crew is now doomed to inhabit this place forever. 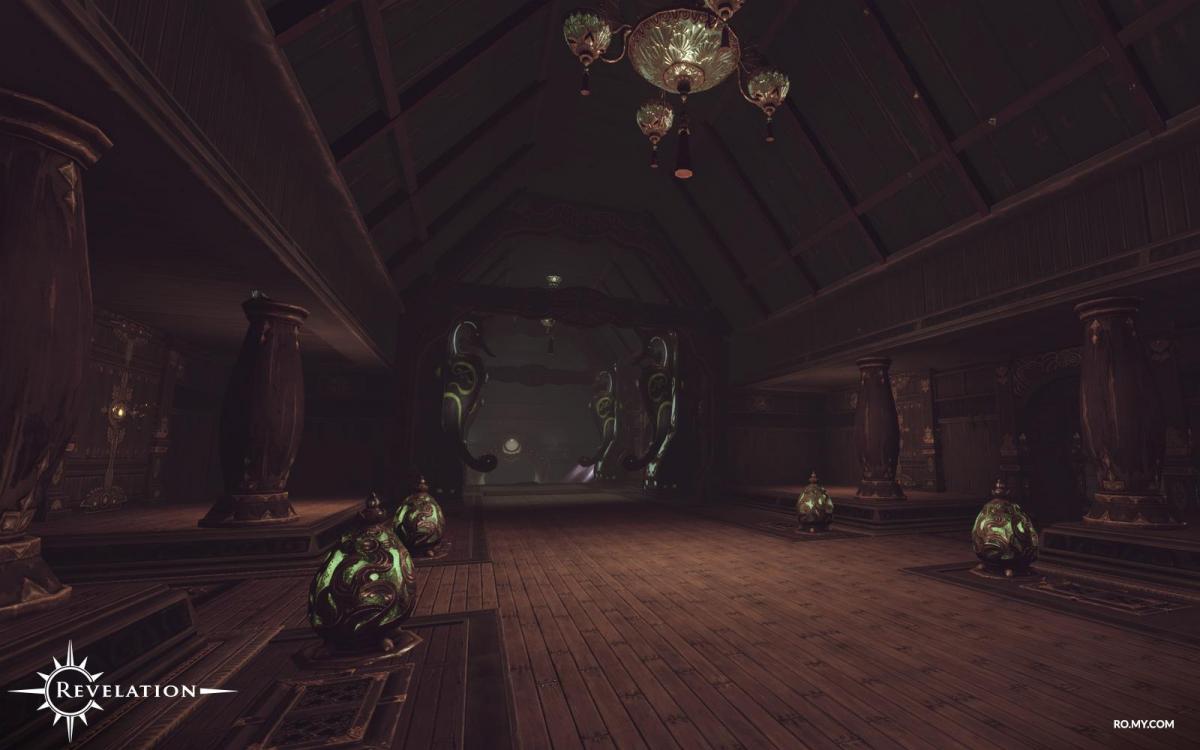 Besides going to have to fight the aquatic life that is finding a new home on the Sunken Galleon, players will have to fight said vicious pirate spirits who apparently never stray from their treasure, even in death. Besides the usual glittery treasure, you can also use materials from this old wreckage to craft your own treasure such as HP recovery items.

Take a look at some of the Sunken Galleon vistas here, and if you still didn’t begin your adventure in the world of Nuanor, you can sign up and play Revelation Online for free.

The Sunken Galleon dungeon will see players diving into a sunken and abandoned pirate ship, haunted by the broken and twisted crew. And where there are pirates, there is surely treasure, though you will just have to fight for it. The cool part here is that when you have claimed your prize, you can transform into one of the ship’s monsters to prevent other adventurers from doing the same.

In addition to the new dungeon, My.com have unveiled plans for Revelation Online server merges. This happened yesterday between 1am – 6am PDT, however, alongside the server merges will be a Server-First reset to give everybody a fair chance. This reset was scheduled to happen with the merger, however, this has been postponed until Monday, June 19th, in order to give the community more time to prepare if they wish to take part.

EU servers will have server maintenance on this date at 7pm – 8pm CEST, while NA servers will have theirs at 6pm – 7pm PDT, as well as the opening of their new server, Divine Overlook. So if Server-Firsts are your thing, get yourselves prepared and have a read of this thread for more information.

For our French and German speaking readers, you’ll be happy to hear that the devs have been working on localizing Revelation Online for you and though it has taken longer than they first anticipated, they have revealed that the game should be ready to launch with French and German localization by Q3 of this year. Select this link for more information on this.

Thank you for reading and good luck in your next adventure and you can buy Revelation Online imperial coins on our site that will help you get a more pleasant game journey!